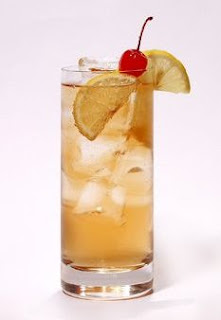 ... arrive at train station, no queue at Coffee shop - order coffee. Go to ticket office - no queue - get ticket. Back to pick up coffee - no queue. Walk to platform - empty & devoid of usual fuckwits who think they own the train everyone else travels on as well. Get seat on train with table - do loads of work on laptop for full journey time! Walk to office at Southbank - easily find hotdesk available [not normal] - sign on, log in and do a load of work. Mid morning coffee with ex-colleague - find out useful information. Back to desk - load more work. Have lunch with colleague, chew the fat, get some useful information, back to desk - load more work. Have tea with new colleague - get useful information, back to desk - load more work. Annual review with manager at 4pm - good result - another year of gainful employment. Walk to station, get train within 5 minutes and home for a Horse Feathers and lovely dinner of lamb casserole with some great red wine. Heaven! If only all days were as easy as this.
Posted by Ricey at 7:59 pm No comments:

There are some advantages.... 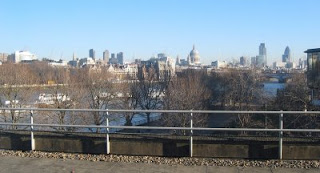 ... to working in central London sometimes.

I took this last week when I was in the central London office, there are some stunning views from a few of the conference rooms - this is one.
Posted by Ricey at 6:34 pm No comments: 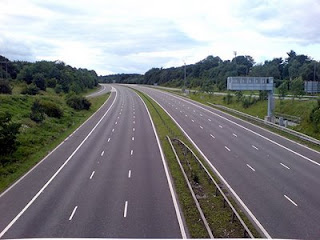 ... sadly involves driving to places and meeting people. It's not I don't like meeting people, it's just a great number of them seem to be on the motorway at the same time getting to the same sort of places.

I drove to IBM Bedfont Lakes four times this week for meetings, the journey of 60 miles takes about 50 minutes on a clear run, unfortunately most of the mornings this week it took close on 90 minutes, the evening runs home took just over 60 minutes. So thats 10 hours spent driving in my car so far this week just getting to and from work.

I won't be driving anywhere tommorrow, but I will be undertaking a similar journey on Saturday when I take my brother to Heathrow on the first leg of his journey to live in Australia full time.
Posted by Ricey at 8:46 pm No comments: 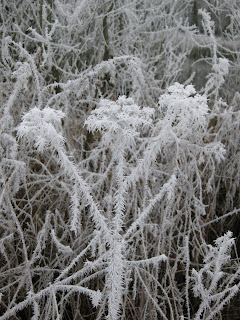 I think most of the southern UK was subjected to a bit of fog and frost last night, resulting in a Hoarfrost, which in some locations looked spectacular.

I drove to Basingstoke first thing to pick up a few bits & pieces and on the way there I saw some fantastic frosty scenes, on the way back I drove back through Longparish and again saw some quite beautiful views.

I stopped off at a spot by the River Test I thought might be looking like a winter wonderland, it was good, but probably because of the proximity to the river, it wasn't as great as I had hoped.

Although it's still lingering on late into the afternoon, looking at the weather forecast, it could all be gone by tommorrow.
Posted by Ricey at 3:04 pm No comments: 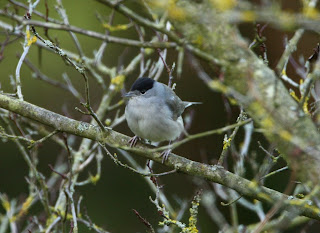 The New Year has brought a couple of new birds into the garden, the first to sit still long enough for me to snap it was this Blackcap pictured right.

The other new species seen over the last week or so is the Redwing - same family as, but slightly different to a Song Thrush and a fleeting glimpse of a Bearded Tit
Posted by Ricey at 2:54 pm No comments: 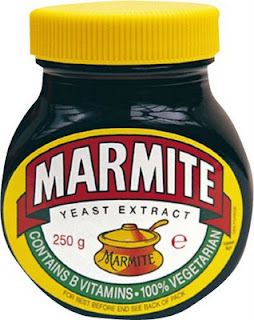 Whilst in Holland & Barrett yesterday I found some lovely liquorice comfits, there were some samples available which I gladly tucked in to, much to my surprise the shop assistant and my shopping companion both said they couldn't stand the stuff! So I had their share as well.

It got me thinking to things that most people have an immediate love\hate reaction to..... Marmite, liquorice, port wine, red cabbage, liver, garlic, Guinness, aniseed - I like them all.
Posted by Ricey at 10:04 am 3 comments: