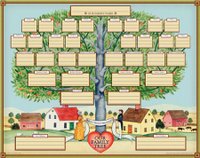 After a recent visit from the Swiss side of the family, I have had my interest in the family history re-ignited.

I tried about 20 years ago with no knowledge of how to go about tracking down family records, but I did at least have one surviving Grandparent that could help with information from his generation & beyond. At the time, the few sources of information such as public records office with Parish records were costly & slow.

Now, with the advent of the 1851-1901 Census' being available online & other resources it is much easier to find out recent family history from the comfort of your armchair at home. You can also order copy certificates from the General Records Office that fill in gaps like parents names, address at time of birth & Mothers maiden name. 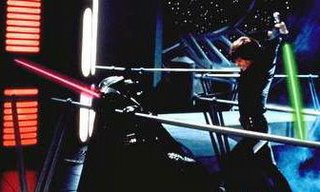 no, not physical violence (but am very tempted at times with certain individuals).

My green Luke Skywalker Lightsaber has arrived! I'm sure all the difficulty in sourcing one of these is easily overcome in the New Year sales, but I wanted one NOW!

It seems a bit weird (or maybe it's just me?), of the people that have seen these, some say "Wow, fantastic, isn't it great!" and others just look at me as if to say what the fuck are you spending your cash on that shite for?

You can also practice your Jedi Lightsaber skills at eBaum's World.
Posted by Ricey at 3:44 pm 2 comments: 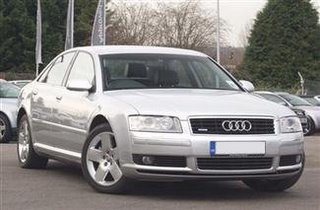 or as they say in English, my Audi (hence the German) is broken.

Over the past few weeks my car has been playing up in the gearbox department, it has been sticking in 4th, 5th or 6th, the dash lights up with all gear selections looking like a flashing christmas tree.

Called the Audi A8 dedicated technician at my dealer (Martins of Basingstoke), he suggested what I had already been doing. Stop, turn the car off & restart, that should reset the engine management system (really handy on a Motorway!). Book it in as soon as you can....

Duly booked in the car for service and a quick look at the problem, didn't hear anything all day, so I called them at 5:30. No-one wanted to talk to me, they just said that "the Service Manager needs a word with you Mr Rice....." oh dear, I've got a bad feeling about this......

After 18,000 miles on the clock, and a short conversation with Roy the Service Manager, it transpires that my car needs an entirely new gearbox!!!!! Luckily it's all covered under warranty, and I have to say the dealer has been bending over backwards to reassure me that they will be doing everything possible to minimise the impact on me, from supplying me with another A8 in the interim if the fault gets any worse (it doesn't happen when in Tiptronic mode) & over the 2 days it will take to fit.

Let's hope that zee Germans get the new one delivered to Basingstoke sooner rather than later.
Posted by Ricey at 8:19 pm No comments: 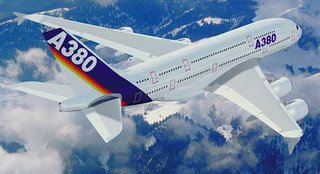 Airbus sent their new "Super Airliner" the A380 on its first long distance flight yesterday, after 12 hours in the air it landed at Changi Airport in Singapore.

Initially Singapore Airlines will operate the A380 on the London-Singapore-Sydney route which is considered a cash cow for most airlines.

Although any runway that is capable of taking a Boeing 747 can accommodate the A380, as it's take off & landing is actually shorter than the 747, the terminal & infrastructure do require some updating - at nearly 80 metres the wingspan is 15 metres bigger than the 747-400.

Singapore Airlines will take its first delivery in November 2006, nearly a year late after some production problems.

After undertaking quite a few long haul flights I think the 747 is the best, most comfortable & probably one of the safest things to defy gravity in, let's hope the A380 follows suit.
Posted by Ricey at 8:03 pm 2 comments:

I think Woolworths might have the measure of me.... 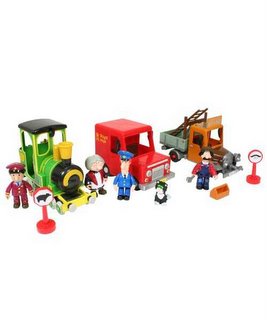 ... or they could just be shite at mail order!

Last week I ordered a Force FX Luke Skywalker Lightsaber (the green one that no-one else has stock of) from Woolworths.co.uk, I thought it might have been too good to be true that they had stock, but I checked & checked again, they claimed to have hundreds of the little green blighters.

So, I merrily squandered £80 of my hard earned cash & ordered one, only to find this morning that a package measuring 24 inches long at its widest arrived..... alarm bell started to ring. A 48 inch lightsaber really ain't gonna fit in there unless they have cut the flippin' thing in half.

As Yoda would say - Woolworths, tossers they are!

UPDATE : After returning Postman Pat, I spoke to Woolworths Customer Services, I got through eventually only to find that they no longer have stock of the Luke Skywalker Green Lightsaber. They cannot say when they might get some as "they are becoming difficult to source" - No shit Sherlock!! Refund offered & accepted, ordered elsewhere - fingers crossed!
Posted by Ricey at 8:26 pm No comments:

Those Russians are crazy.....

No, not the fact that Vladimir Romanov who is Chairman, majority shareholder & acting Chief Executive of Scottish Football Club Hearts' has managed to oust most of the directorate & management of the club & then install Graham Rix as new manager, worse......

Russian politicians are warning TV stations to cut back on violent shows if they want to avoid censorship.

And the number one show they have mentioned is The Simpsons.

Minister Yelena Afanasyeva said: "The Simpsons is crammed with violent and aggressive episodes. These cartoons also introduce antagonism between children and parents."

I say they're mad, Homer would probably say Dohski!
Posted by Ricey at 8:42 am No comments:

.... and they just keep coming, they are fantastic. It's just so representative of the complete shite that IT Managers & Marketeers spew out at the cost of thousands or hundreds of thousands of dollars every year.
Posted by Ricey at 3:40 pm No comments:

Dilbert has a blog!

I read on a another blog from Ben Rose that the brilliant & satirical cartoonist Scott Adams has a blog entitled "The Dilbert.Blog", well worth a look. Very funny & typically irreverent about most things.

I can always see co-workers past & present in the cartoon, it's just the same as the TV series "The Office" in that respect, so cringe makingingly tangible to life in the workplace that you just have to watch or read it.

I have an idea that would probably be prohibitively expensive.... Personalised Dilberts, ask Scott Adams to pen a cartoon with the names of people in your office, or better still a website where you pick the Dilbert cartoon that you want & you can put the names of the co-workers of your choice, frame it & ship it out for Christmas.

Scott if you read this, (never gonna happen, but I have posted comments on his website) I'm very sorry for posting a picture of Dilbert, but I have at least given you an idea for the next money making spin off of Dilbert.

UPDATE : Dilbert.com also has the most fantastic Mission Statement Generator . I now understand where senior managers & marketing luvvies get most of their ideas!!! I am going to try & use some of them in meetings & see if anyone notices.
Posted by Ricey at 3:44 pm No comments:

Bye Bye Blunkett, you're an embarrassment... 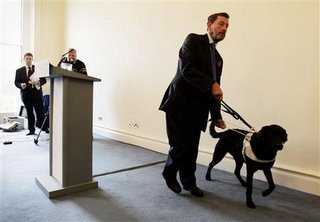 It was with great delight that I heard the breaking news earlier that Secretary of State for Work & Pensions, David Blunkett has resigned (again).

The man is a liability to any Government, even a Blair one! Apart from his connections with Government & Cabinet I really cannot comprehend any business wanting to be associated with him, let alone pay him for his services.

Politicians in my mind are in Public Service & should not be allowed to have paid work or consultancy whilst being an MP, they get paid enough of our money to represent their constituency.

Hopefully this is the last time we will see this man of many mistakes given any responsibility or authority by anyone, but particularly in public office.