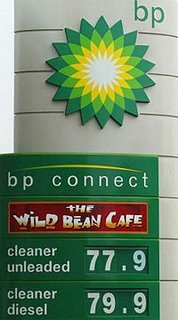 .... why is it that petrol prices are on the way down? Clearly they are not down to the levels we saw a few years ago (see right!), but nothing has changed to any great degree in the Middle East, excise duty hasn't changed, VAT hasn't changed & production levels haven't been changed greatly by OPEC? I know that there has been a major oil find in the US, but would that change the price by this much? 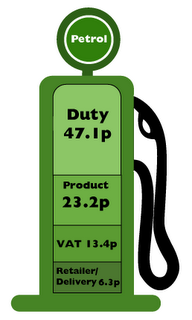 If you look at the table left from the excellent site petrolprices.com, you will see a split as to where the pennies might go if a litre cost 90 pence.

Don't get me wrong, I'm a happy chappy if the price continues to fall, I have 4.2 litres of Audi engine to feed on a regular basis, but why the hell has the price gone from 99.9p a few weeks ago to 84.9p now?

It's also further compounded for me as I appear to live in one of the most expensive places as far as petrol is concerned. Why would a small town in north Hampshire always be singled out for being a few pence more expensive that anywhere else (apart from the rip-off motorway services). Don't try to tell me it's distribution costs, there are plenty of large scale distribution businesses that choose Andover as it's operating base because it is so convenient to the road network.
Posted by Ricey at 10:57 pm No comments: 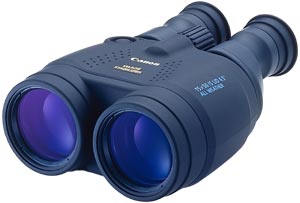 ... I have always had a liking for optics, be they camera's, spotting scopes, telescopes or telescopic sights for rifles.

To this end I have had a succession of camera's both film & digital, I have in the last couple of years stuck with Canon as a brand, the lenses for the SLR camera's are interchangeable, thus protecting my investment. I've also had a good number of telescopic sights for my rifles, and managed to get some very good zoom sights for reasonable money.

I have for years looked at getting a good pair of binoculars, with good magnification, large objective lens to allow enough light through for a bright image & lusted after the Canon versions with Optical Image Stabiliser Technology, but thought them far too expensive. Something has happened over the last year, they appear to have dropped in price by about 40%! So this week I succumbed to a pair of Canon 15x50 IS binoculars.

I highly recommend Ace Optics in Bath, they sorted my requirements in a few minutes & then promptly delivered the very next day.

..... I think we have already found the right man for the job!

But Mr Woosnam, I take my hat off, I would have given anything to be in your team this weekend. The fact that I roared (at the TV set!?) nearly as loud as the Irish when Clarke, Harrington & McGinner arrived on the first tee on the last day - speaks volumes that you as Captain created a team spirit that the Americans could only dream of having, and sadly (for them) never will have.

So, humble pie in large quantities for me - Ian Woosnam, should in my opinion have the job for life!
Posted by Ricey at 10:13 pm No comments:

I don't think I have ever seen such an emotional event as the Ryder Cup final day, words cannot express the admiration I have for the courage that Darren Clarke has shown.

Darren, from what people who know you & your family (McGinley, Westwood & Woods et al) have said in interviews, Heather would be most proud of you, and rightly so. I'm not a believer, but I do in this instance hope above anything else that she is up there, looking down on you with the biggest smile on her face imaginable, saluting you with a glass of something nice.

Good luck to you for the future, there will be dark times ahead. Anyone who had the priviledge to watch you over the last couple of days would willingly support & stand by your side.
Posted by Ricey at 11:00 pm No comments: 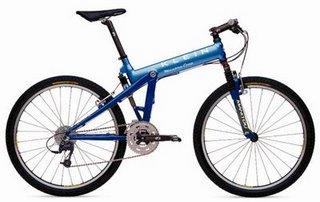 I have a mountain bike, I bought it many years ago with a bonus from work on a whim, it was at the time a radical design - a Mantra Comp made by Klein (pictured right). I bought it mostly based on it's weird looks rather than it's performance. I upgraded a couple of things like front forks to RockShox Judy XL's, I then used the standard RockShox Judy T2 forks to a hardtail Scott, which I ride more often as I never liked to ride the Klein a great deal as the rear suspension bounced like crazy. 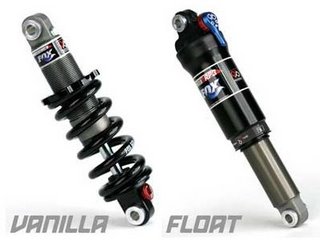 I have now taken the step of upgrading the rear shock from the standard Fox Vanilla spring, to an air based rear shock called Fox Float R, I have engaged the services of rear shock guru Tim Flooks at TF Tuned Shox - his team have created a setup specifically for me codenamed "FB", or Fat Bloke. It works! Little bounce when pedalling, works well over the bumps. It's also saved a lot of weight too, from over 550g to less than 200g, may not sound a lot, but dragging my carcase around on a bike is bad enough without adding to the weight in heavy metal!
Posted by Ricey at 8:00 pm No comments: